HR in the Wild: What Mom and Junior Golf Taught Me About Failure

My bag was heavy. I was lost in the woods of giant maple and oak trees (again), trying to find my golf ball for the gazillionth time in that 9-hole round. My 11-year-old self already felt like I shouldn’t be there: I was the only girl in the tournament, I had only just started playing golf, and the boys I was paired up with had all been playing for years (and were walking down the fairways, since their ball wasn’t lost in the woods like mine). Tears were streaming down my face, and I just wanted this round to be over. I was utterly humiliated and ready to quit.

Then I heard something moving around in the woods behind me. It was my Mom. She was trying to help me find my ball, and was walking towards me, like she was trying to say something. WHAT?! In these tournaments, each player was on their own – no talking or discussions until the round was over and scorecards were turned in. Those rules sure weren’t stopping her that day, though, that’s for sure.

“You dry up those tears, and get yourself back out there.” She used a stern, matter-of-fact whisper/yell tone (most Mom’s I know have one), signaling that she wasn’t going to tolerate any response or excuse. She didn’t say anything more (we were trying to find my ball, after all), but it’s something I’ve remembered the last 25+ years. I did find my ball, somehow managed to get myself out of the deep woods, and finally finish my round. And I even survived to tell about it.

We’ve joked about it over the years. That particular course was always one of my least favorites, but was always one that I would have to play multiple times a year in tournaments and matches. Maybe the course and I were more like “frenemies,” before the term was coined.

The words she used, though, have stuck with me for years. “Dry up those tears and get yourself back out there.” Now I get a better sense for how that must have felt as a parent – watching your child struggle and fail, but knowing that they need to work through things themselves in order to learn. It’s painful. But failure is important. They need to learn to survive it. That’s heavy.

In the workplace, we see this too. Kristen and I have worked with managers for years, who find it’s easier to just jump in and handle something for an employee who’s struggling. The downfalls? Our employees never learn what they needed to learn, they never learn how to fail, and they never learn how to bounce back from failure. And even more than that, they don’t learn what it feels like to have a manager that has their backs, even in times of failure.

How do you rank up there as a manager? How do you give your employees the space to learn and fail and bounce back even stronger? Think about the last time you restrained yourself from jumping in to be the hero, but instead helped them find their ball and keep playing (even if it was a failure). Giving your team the ability to fail and survive doesn’t mean you abdicate your position as a manager, or that you are accepting of just any result. It does, however, require more coaching on your part – both to recognize and celebrate wins and to redirect and learn from the losses.

So dry up those tears, and get yourself back out there. 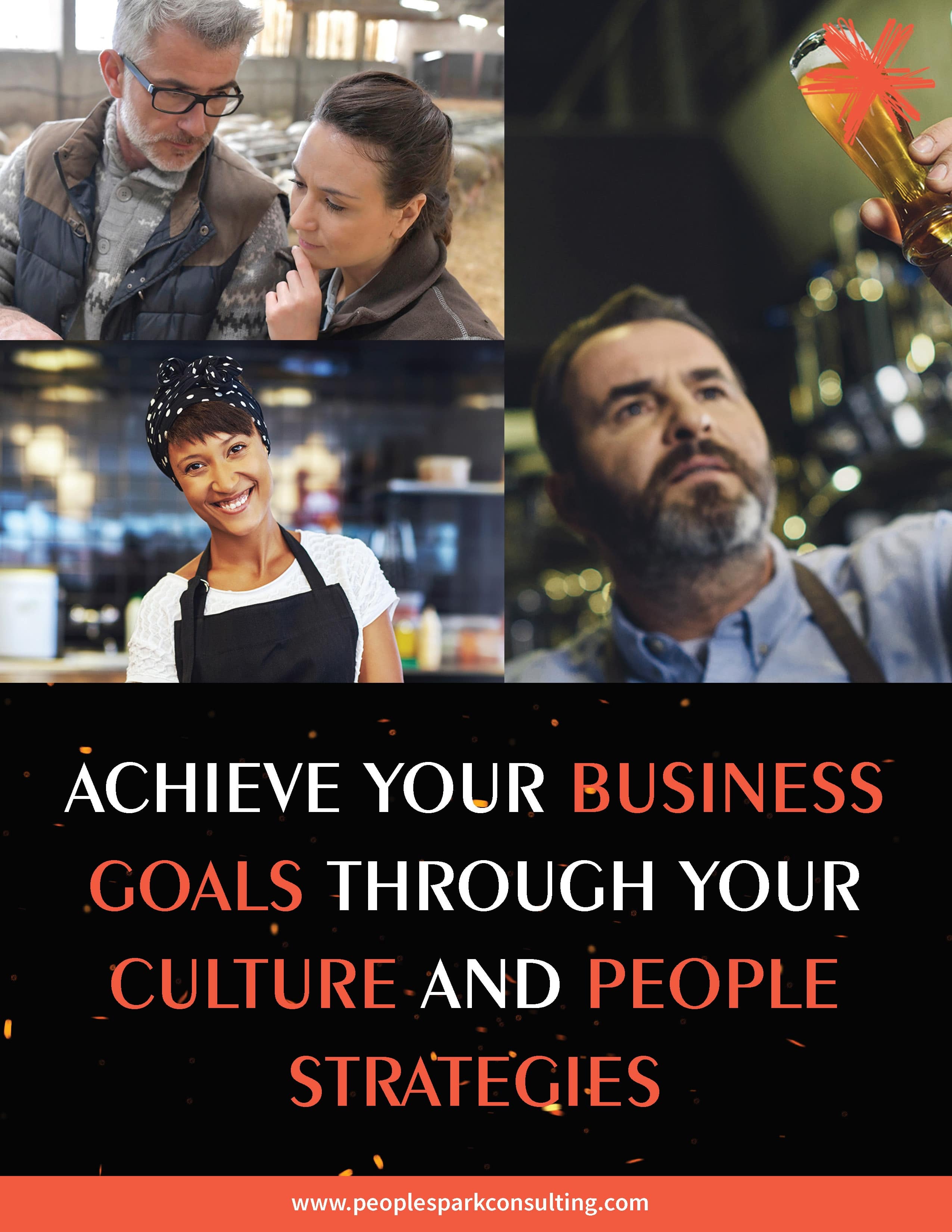 Download the guide: Achieve Your Business Goals Through Your Culture and People Strategies.

The success of your business depends on your culture. Therefore, it is critical to establish an intentional culture in your business and build strategies that support and reinforce it. The purpose of this eGuide is to provide a foundation for your business culture and ensure your people strategies and practices are aligned with it. Grab the guide - it’s free!

Thanks! Check your email for your guide.